We've all heard it. We're talking with a fantasy baseball enthusiast or a friend who plays, or emailing back and forth when the person you are communicating with says this.....(name inserted here) is really high on him!
This rankles me.
I could care less.
Especially if it is an expert.
Remember one thing, an expert in fantasy baseball is not like an expert as a Doctor, Lawyer, or even a carpenter.
Those folks have to know their trade and apply it...and most importantly...Never be wrong.
Our experts are wrong all the time. All the time. As wrong as you or I.
They wouldn't get sued like a doctor, lawyer, or carpenter for being wrong.
We ACCEPT that they will be wrong.

I was talking to a friend an hour ago.
He said, "Blankity Blank really likes this guy.
Instead of using 'Blankity Blank for the name of the expert, I'll come up with a name that rhymes with this expert's name.
So anyway, Saul Sorer really loved a player we were discussing.
I said, "What does Saul Sorer know that we don't?" "Who cares what Saul Sorer thinks?!"
My friend knew he had touched a nerve.
"Well, he does get paid for knowing about fantasy baseball."
I blew a gasket.
"HOW MANY LEAGUES HAS HE WON?" "WHO IS HE TO SAY THAT HE IS RIGHT?" "IIS HE ALWAYS RIGHT?"
"WHY LISTEN TO ANOTHER GUYS OPINION WHEN YOU ARE THE DRAFTER?!

Nobody is always right in our hobby. Nobody.
Our hobby is a little bit like religion. Nobody REALLY knows. We just have faith.
Do we follow another person's faith on a whim?
As far as I know, Saul Sorer has won zero Main Events.
If I'm going to listen to anybody, I would be listening to a winner. Not...NOT somebody telling us how to win.
We may as well be listening to Cliff in Sam Malone's bar.
Hundreds of people get paid to talk about fantasy baseball.
Listen to that.
They get paid to TALK about fantasy baseball.
They're not paid because they've won. They're not paid because they're good players.
They're paid to write and talk about content. That's all.
And we listen for free. The talk is, indeed, cheap.
One fella in the NFBC has been trying to win a league for a couple of years now. He hasn't succeeded.
BUT, he has a podcast!

Seriously, I would rather talk to Lindy Hinkelman or John Pausma or Mark Srebro about who THEY like over somebody paid to talk about our hobby.
Our media and us love glib people.
Glib people get jobs on radio tv and other communications.
Because they talk well, we mistake that for knowledge.
As an example, look at our politicians.
Saul Sorer writes and talks about fantasy baseball.
It doesn't mean that he knows more about the subject than anybody reading this.
In short, he is content.
During the off season, we accumulate content leading up to big drafts.
His content should be a minute percentage of everything we learned during the drafting season.
His opinions, even less.
If putting too much emphasis on who somebody else likes, you should have a talk with yourself.
Or better yet, start a podcast.
On my tombstone-
Wait! I never had the perfect draft!
Top

Always love your posts Dan. Not sure if I am even disagreeing with you here but I love all the baseball content provided from the folks like Eno, DVR, Sporer, Bubba, Vlad, Jenstad, Zola, the guy with Bubba (pocket JTR is what I call him - his drafts always start in the 4th round), Silver, and the rest. New ways to measure things are always great. What we learned a year or two ago may or may not hold water this year as something new is found. So many bright minds working on this stuff. So many bright minds talking about this stuff. Love it. Our job as a player is to figure out what pieces are useful for ourselves as we build a team. Kudos to Silver on this part. I think he talks roster construction as much as anyone. Anyways....just wanted to say thanks to you Dan for all your posts and let's keep the baseball talk rolling! And a few of you talk too fast as to make the 1.5x button useless!
Top

I would definitely tune in to listen to a "Saul Sorer & Ken Danyon Talk Baseball" podcast. 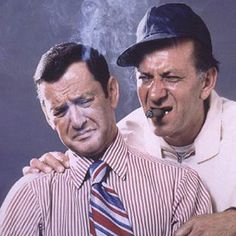 Thanks for the replies John and KJ.

KJ, I am not glib or even well spoken enough to carry a podcast. I have to admit that I'm a little jealous of the folks who are. Like my rants here, I'll carry on about one subject for a long time. These podcasters would be trying to break in on me trying to get me to shut up.

John, I know you've been around the NFBC a very long time. I remember when starting in the NFBC...
There was the Forecaster....and there were a few magazines. That was it.
No radio. No tv. No podcasts. No 'on air' communications about fantasy.
In fact, we were laughed at. We were the nerds of the sporting world.
Then, as we nerds started growing and spending more and more money and started buying more products, we started seeing changes.
Fantasy was mentioned on pre-game football shows. Baseball players started telling stories of how their fans wanted more from them....for their fantasy teams.
Then, a bottom line on football games that showed what specific players were doing, not just scores.
Then Fan Duel and Draft Kings and all the fall out surrounding them.
Fantasy broadcast popped up everywhere and now, now we have content coming out of our ears.

As you mentioned, some of the content is very good. Some, bad, very bad.
And it is up to us to accept what is good and bad in our own way as it translates to our drafting of players.
There is a saying that says, "Those that can't do, teach."
I probably set the bar too high for these podcasters and 'teachers'.
I want them to all be NFBC league winners. I want them to do more than just say they like this player or that player.
I want them to teach.
In podcasts, when two people are hosting, the most boring thing in the world is to hear those two broadcasters agree on a player.
Who cares?
Disagree!
More arguments are brought out when two people disagree than when two people agree.
It is more entertaining and it is damned sure more enlightening.

If these folks won NFBC leagues, I would be more apt to listen to them.
And I do listen to those folks.
Heck, Todd Zola speaks English during podcasts!. English!
I don't understand his Numerish in a lot of his columns so that's refreshing!
Aside from being bilingual, Todd has won in the NFBC. I respect that.
For the most part, these podcasters are not winners. Sure, maybe in home leagues or writers leagues, but not with high stakes.
And like said, I know that is a high bar. BUT, there should be some kind of starting point to being called an 'expert'.
I know it is being tough on them, but until then, "Those who can't win, start podcasts."
On my tombstone-
Wait! I never had the perfect draft!
Top

Thanks for the mention, Dan. I love talking fantasy baseball; however I typically refrain from discussing players for the upcoming season. Too much risk of owners simply stealing evals/pics and using them for their own benefit and my detriment. I’m not an industry guy so I’m not in a position where I am forced to provide content.
Top

Dan, once upon a time a great fantasy player that I partnered with told me (after I referenced a rotoworld blurb) He said "They are just someone with an opinion, just as you and I are. It's fine to listen, but ultimately you have to judge for yourself" I enjoy looking at multiple opinions and then creating my own from them. Some things you take in and a lot you ignore.

Money wrote: ↑
Sat Jan 02, 2021 12:21 pm
Dan, once upon a time a great fantasy player that I partnered with told me (after I referenced a rotoworld blurb) He said "They are just someone with an opinion, just as you and I are. It's fine to listen, but ultimately you have to judge for yourself" I enjoy looking at multiple opinions and then creating my own from them. Some things you take in and a lot you ignore.

Thanks Joe! Right back at you!

It's the best thing about our hobby. We don't have a "Foremost Authority" on the subject of fantasy baseball.
In the end, we have only ourselves. When looking at the draft board, we have no control in who will be available to us, but total control once it is our turn.
Those picks are precious and they are OURS.
Yes, take in the information.
Look at it. Eat it. Chew on it. Swallow it. Digest it.
Use what we consider the good info to form the muscles and bones of our drafts.
The rest, the rest is for taking a good dump.
On my tombstone-
Wait! I never had the perfect draft!
Top

I do agree that there is a ton of cheap talk going on in different podcasts. One of the worst guys I have listened to is Cliff Floyd, I don't think he has a clue about fantasy baseball. Most podcasters will hit on some guys and miss on others. Saul Sauer has made some pretty good calls in the past but he has had his shares of misses also. I don't think you can just dismiss some of these guys opinions just because they haven't won in the NFBC. In my opinion Saul Sauer and Austin Jason haven't done well because they take on too much risk in their drafts. I think they both suffer from falling in love with the risk reward guys.
Top
Post Reply
8 posts • Page 1 of 1